by frank
In the last two weeks I've added basic

string handling up to the point where strings can be declared, assigned, passed as parameters and even returned from functions. String functions can also pass their result directly to the result of another function. See screenshot below. At the end of this stage I added the built-in string function left as a first step to handling string expressions, which will be the next stage. 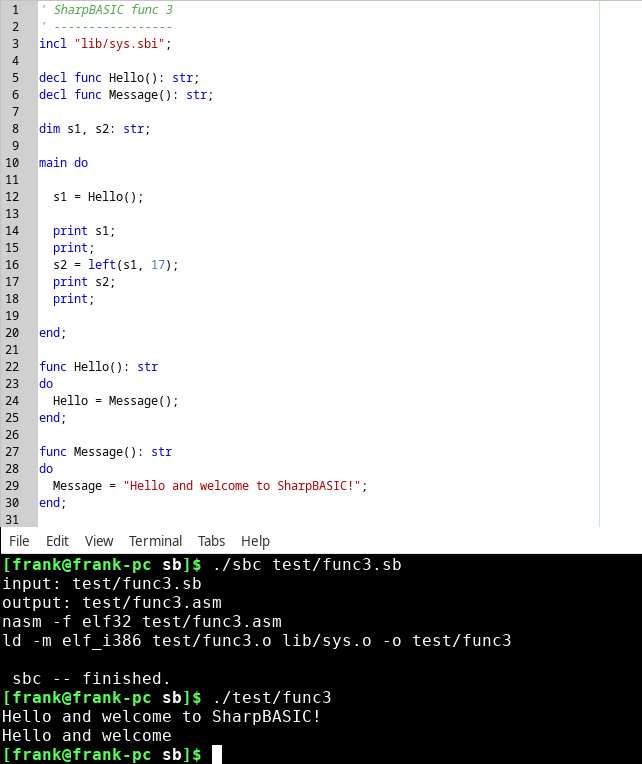 by aurel
hi
How you think that user know which end is for specific block of code ?
sorry but is little bit unclear to me

That's right. In the documentation the is..end and do..end blocks are explained. These blocks are used consistently in SharpBASIC syntax. C and other languages have curly brackets {..}, which I dislike for multiple reasons. Pascal actually preceded the curly brackets with begin..end. Much better, but just a bit too verbose for my taste.
All times are UTC
Page 1 of 1